Simon writes story and lyrics for Wishful Thinking. He has worked as an actor (Grange Hill) and writer (Goodbye Christopher Robin) but is best known for his work as a producer of television, notably as the founder and former CEO of Lookout Point, which included War And Peace, Ripper Street and Les Miserables for the BBC. In June 2021, Simon launched The Story Company, a new television company in partnership with LA based Endeavor Content.

Ricky writes music and lyrics for Wishful Thinking. Alongside an early career in acting, playing roles in Adrian Mole and Grange Hill, Ricky began writing and recording music in his teens. First as part of a rock band, and then recording several top 40 hits as half of The Space Brothers, Lustral and Chakra. Securing his first record contract at just 19, Ricky has released over 75 singles with independent and major labels, and has had 13 top 40 hits in the UK. His songs have featured on compilations that have sold in excess of 18 million units worldwide.

Charli works on music production, underscoring and vocals, as well as artwork, design, and story. At 22, she has nine original musicals completed, with 2 optioned for development in New York.

Richard produced much of the music for Wishful Thinking, having worked with Simon and Ricky since 2004 on early demos for The Elephant Rocks and Tumbledown. Richard has recorded, toured and written with numerous artists since having chart success in the ’90s with the band Silver Sun. A secret web geek, he also runs a boutique digital agency. 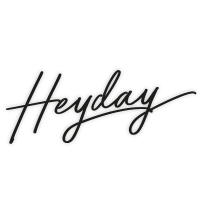